This year, the National Canoe Marathon Championships were hosted by Norwich Canoe Club. I’ve done the nationals a few times in the past, but never had to travel so far to get there.

I travelled up on Friday and got to the venue at about four o’clock. This gave me time to get on the water and check out the course. This part of the river Tare is tidal and it was close to high tide when I paddled. The first issue was the amount of floating weed which quickly mounted up on the bow, resulting in an annoying resistance. This convinced me to fix a weed deflector to the bow for the race.

The next matter was the first portage; it was very long, with a beach get-in, definitely raising the need to wear some sort of footwear. 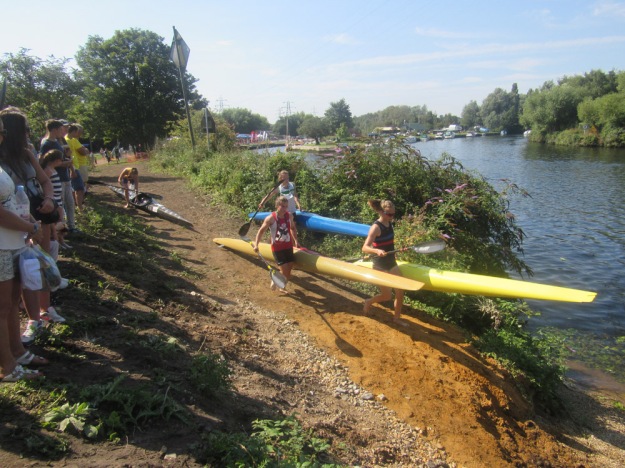 Portage looking from the put in 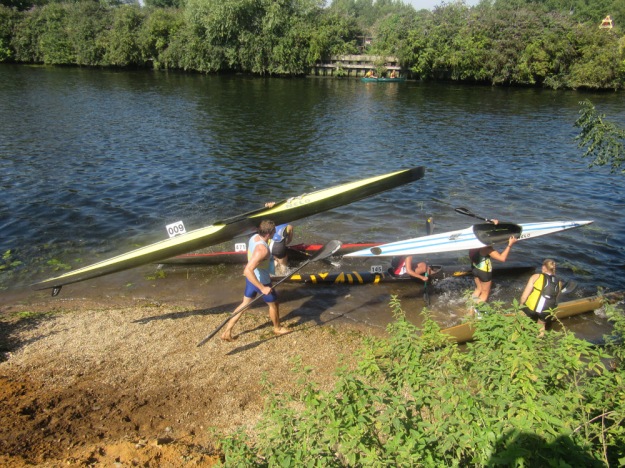 It was quite entertaining to watch the senior racers “fight” each other for a patch of water to float their boat.

Anyway, I checked in at a B&B for Friday night and found a pub for a pie and a pint.

The next day, I was at the venue for nine o’clock and already the first car park was full. The weather was very hot and there were so many people. The event organisation was absolutely brilliant. I checked in and got my number, complete with a timing chip which would be read when I passed under the finish gantry.

I watched all the early kayak races, attended the pre-race briefing at 13:00 hrs and got on the water to warm up. There were eight competitors in the Senior Men C1 event:

Once again canoeists come out as “second class citizens” as there is no event for female paddlers and they are forced to join the men. I have huge respect for Sarah and Emily for whom it is difficult enough being a canoeist, but made even more challenging having no race of their own.

Anyway, the starter called us forward (all high-kneelers except me) but there was a cruiser coming towards us, so we had to move over to let it pass. Before we could reorder, the starter said “go”, thanks “mate”!

Marcin and Ireneusz quickly established a lead followed by Chris, Emily, Richard and then me. Sarah and Ross probably started too close to the bank and in the weeds. 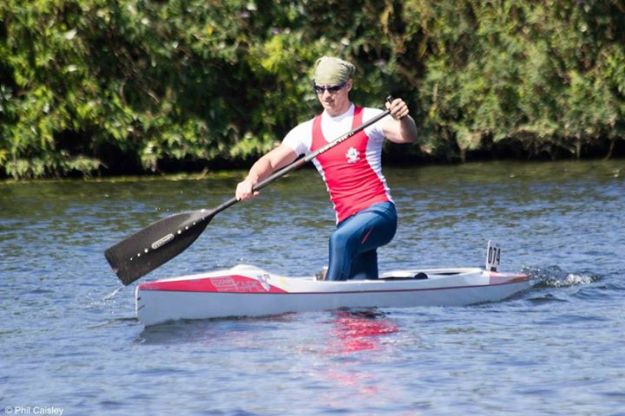 I managed to overhaul Richard within the first mile and set off after Emily, who was closing in on Chris. I overtook Chris by the turn and chased after Emily. I got level with Emily as we portaged for the first time at the half way point.

Emily was supporting an ankle injury and I managed to get back in first, and set off on the second lap. 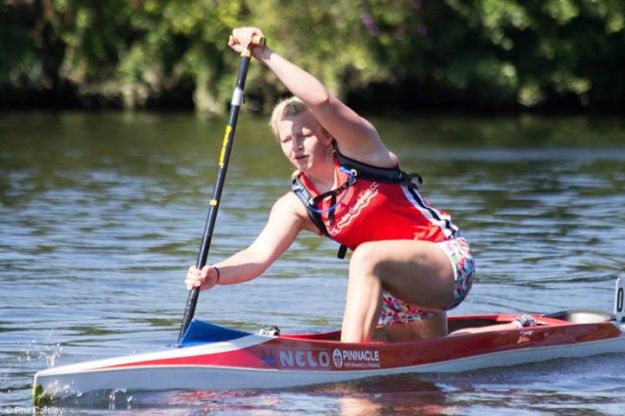 By now the heat from the sun was making it uncomfortable, and Ross, Richard and Chris called it a day halfway back up to the turn. Emily was right on my tail by the time we got to the second portage before the turn. Once again I was able to open a gap as the step down to the put-in was quite a drop.

As we rounded the turn for the last time, it was about two or three miles to the finish. I just dug in and concentrated on paddling style and technique.

I knew Emily had a good sprint finish and several times I looked back to see how close she was.

As we approached the finish I could hear people cheering her on but I had nothing left. Luckily I managed to hold on to take third place and the first British paddler over the line by six seconds. 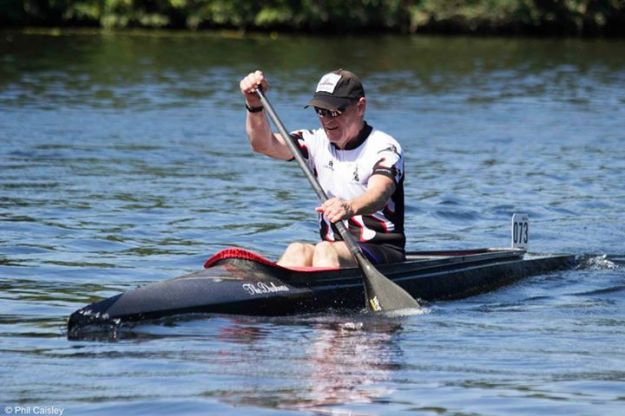 The final results were:

I came away with a bronze medal and the knowledge that The Darkness could be competitive against high-kneelers. With a younger and fitter paddler, it may have also challenged Marcin and Ireneusz. 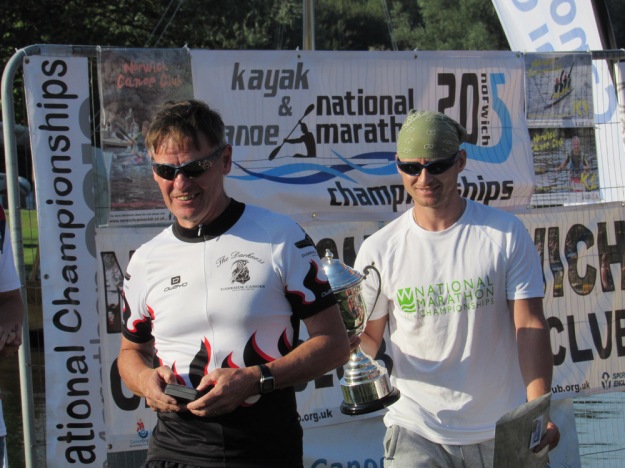