One of my original design goals, and indeed a unique-selling-point of The Darkness, was the ability to use the seat design most suited to the paddler. This was delivered using a simple flat platform mounted on flanges on the inside of the boat. On this, I mounted a foam seat which was larger than the usual kayak racing seat, and theoretically much more comfortable over longer distances. If necessary, it could be changed quickly during a race as conditions dictated, for example a lower seat for more stability.

Unfortunately I wasn’t able to find someone who could make the foam insert in a single lump, and had to construct the shape from multi layers of foam matting. It worked, but didn’t look great.

At some time or other, I decided to use a kayak seat after all. I can’t remember when this was, but I experimented with a number of different designs.

I didn’t think any more about it and proceeded to use carbon kayak seats on the Duet.
As I was able to persuade a few people to start testing the Duet, one of the main subjects of feedback was how uncomfortable the seats were compared with the traditional tractor seat design used by Wenonah. So I set about designing a bigger seat.

I am somewhat restricted by the availability of tools, materials, experience and skill. I have good ideas, but translating them into something tangible doesn’t always work out in the way that I’d imagined it. So instead of starting from scratch, I used a K2 seat I had as a platform. I taped on an end-stop and filled the gaps with expanding foam. I didn’t realise quite how much this stuff expands!

Anyway as soon as it set, I cut it down with a saw. 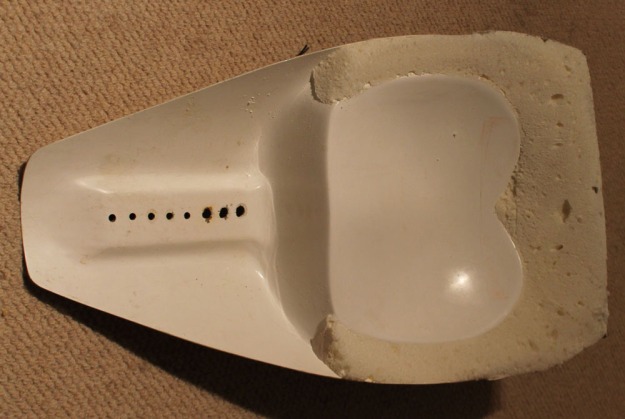 And then applied some filler. 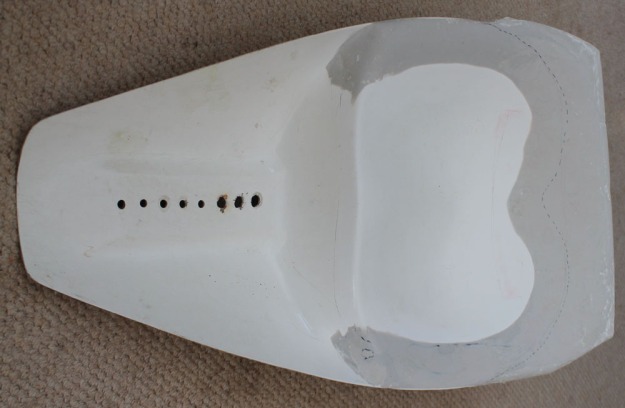 My plan was to use the shape to make a mold. I would then use the mold for testing and then to produce more seats. Unfortunately I didn’t have any chopped-strand-mat fibreglass which is best for making molds and had to use carbon fibre instead.

Carbon fibre isn’t as malleable as fibreglass. Plus I used too much resin. Anyway, I wetted out 4 layers of 200 grams carbon, covered it with peel-ply and cling film and popped it into one of those vacuum bags used for compressing clothing during packing. 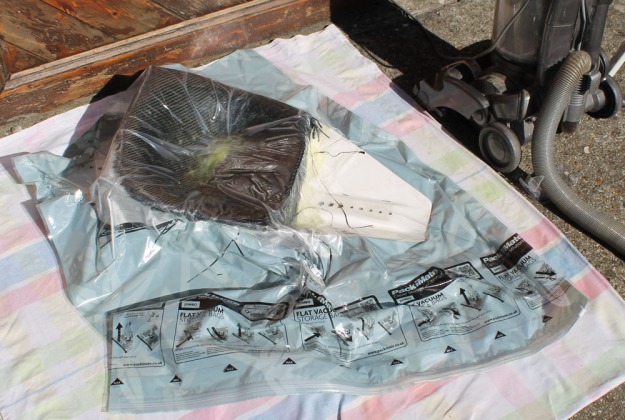 I used this technique when I was making paddles and it’s quite effective (and cheap). Once it had gone off, I stripped off all the peel-ply and cut it to shape with my dremel.

Compared with the kayak seat, it is about 4 cms wider.
I then made a seat support, the same dimensions as the kayak seat so that it would be easily changeable in my existing boats, plus it could be used in a conventional racing kayak.

Seat with support and fixed to platform.

I mounted it on a plywood platform so I could fit it to my C1 for testing, and stuck on some cushioning.

I’m on the water tomorrow to see how it performs.