So, just got back from an hour’s paddle on the Basingstoke canal using the wider seat. It was unexpectedly uncomfortable!

Having more bum area in contact with the seat actually felt more stable, especially in combination with the pull bar. Also having more area at the back of the seat enabled me to push back into it. But the pressure points seemed to be in the wrong place.

One factor compared with a C2 setup, is that the height of the seat is significantly lower in a C1 than a C2. In the C2 I have set the seat height to 20 cms, where as in the C1 it’s set at 12 cms. This may make quite a difference, which I can test once I get my boat back.

Those of a nervous disposition may wish to look away now, but I’ve taken some photographs to illustrate the point.

The first picture shows a standard British bottom on a standard K1 racing seat. Neither the back nor the sides are supported. However, this may be because there is so much movement due to the paddling action. 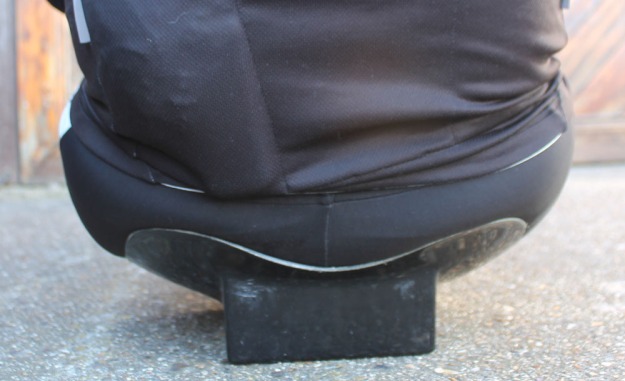 I wonder if it’s the same principle as in cycling, whereas novice cyclists are often convinced that their sore bums would benefit from a big, wide saddle, where in fact all racing cyclists tend to use narrow saddles which support the bits which matter most.

Now compare the area of support with my new wide seat design. Much more bum area is supported. 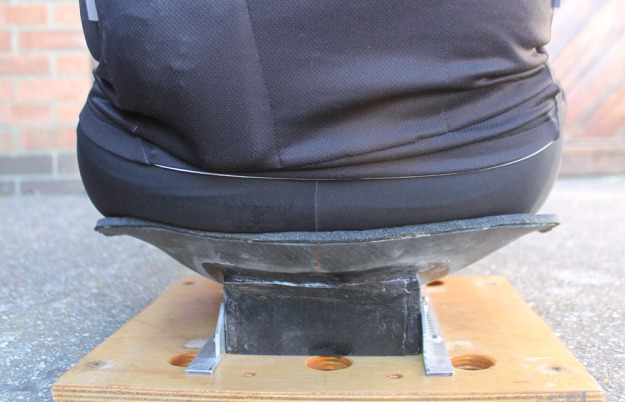 I do wonder whether the seat would benefit from sides in the same way as sports car seats are designed.

Yes I know they have sides to prevent slipping out of the seat due to the G-forces during turning, but are they more comfortable?

The seat I use at the moment is a bit of a compromise in that it doesn’t have hard edges and allows the “excess baggage” to overflow. 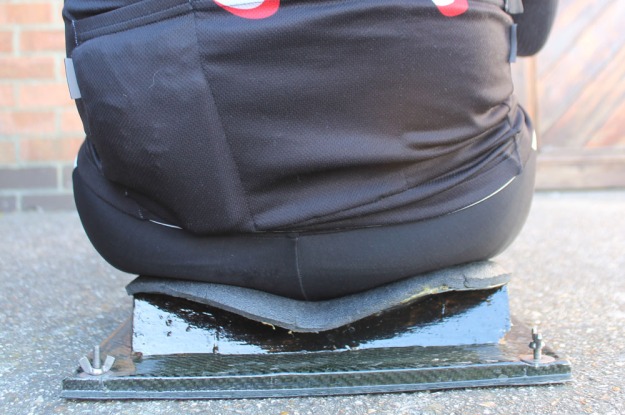 For DW, John and I used Zastera seats with two layers of foam. They seemed comfortable to us, even on the long pound to Wootton Rivers, but it’s the additional height which seems to make the most difference 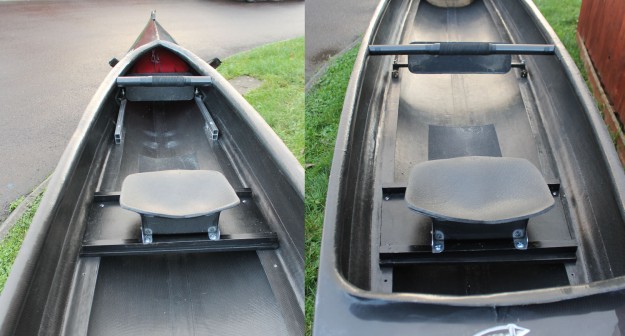 I need to get some wide seat prototypes out to the Duet paddlers.